In the late 1970s, and against a similar backdrop to that of our French and North American cousins, the Cirque du Trottoir was the first company in Belgium to uphold the values of the contemporary circus (or nouveau cirque) movement.In its philosophical and artistic goals, this association, similar to Archaos in France and Cirque du Soleil in Canada, contributes to this worldwide phenomenon. The birth of this movement coincided with a new way of thinking about how to pass on this legacy. Inspired by the experience of Annie Fratellini, the first circus school was created in Brussels in 1981: L’École sans filet (literally “the school without a net”). It lit the spark for countless artistic and educational projects that have since been taken over by independent associations and institutions. One of them was ÉNAC, which would become ÉSAC, housed in the Centre Scolaire du Souverain until 2017. It began as a preparatory school, training a whole generation of artists who are still influential figures in this field. In 1999, COCOF created ÉSAC, which within only a few years was recognised as the 17th École supérieure des Arts (arts college) by the French-speaking Community. 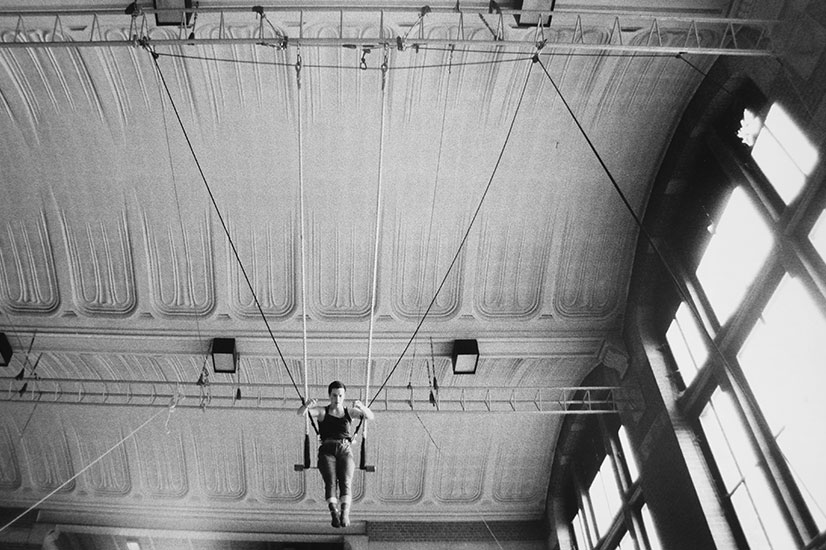 Since it was launched it had been based in the Centre Scolaire du Souverain, but it was starting to run out of space. COCOF then made a commitment to renovate a former boiler room on the Céria campus in Anderlecht and to add a second building dedicated to training and public performances.

ÉSAC’s new home, designed by the architect Daniel Delgoffe, was opened in April 2018.